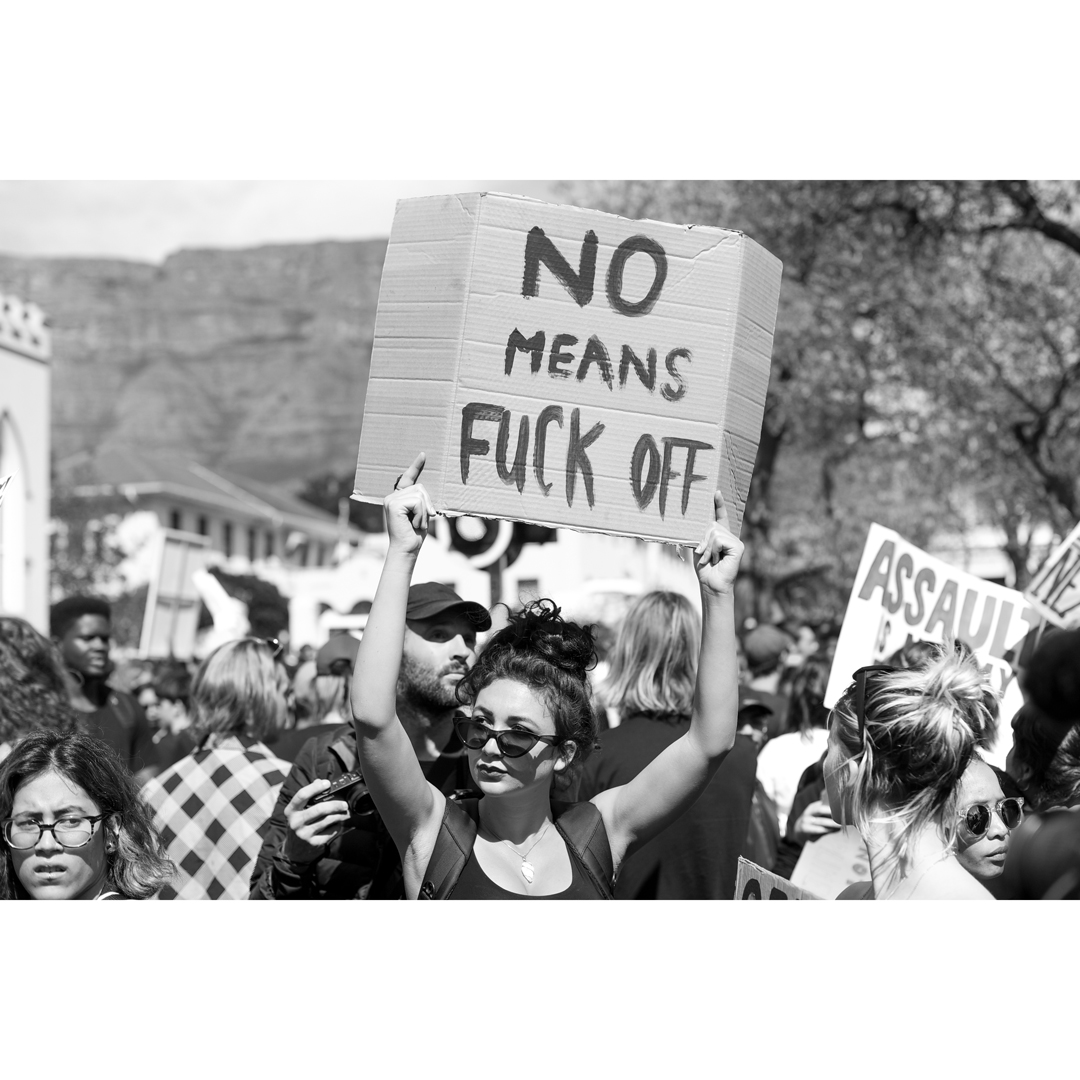 “For most of history Anonymous was a woman.” – Virginia Woolf

When I started ANON. as a pop-up gallery in January 2019, I was inspired by this Virginia Woolf quote.

I’d never thought of myself as a feminist, and yet this powerful line had sat with me for almost a year after first reading it, and something started to stir. Twelve years into my career as an editor, writer and content creator, working a lot with the arts and creative sectors, I decided to curate my first art exhibition , and this idea sparked it into life.

My debut exhibition as ANON. brought together a body of work that spoke about the role of women in art, embracing not only women artists but how women are represented in art today and through history.

There is a famous campaign from 1989 that said “‘Do Women Have To Be Naked To Get Into the Met?” and that was because less than 5% of the artists featured in the Met museum at the time were women, and yet 85% of the nudes (the artworks in the museum) were female.

I created ANON. as a platform to ensure that a diversity of voices was being heard — especially on important issues. It ended up being not just about women — and this exhibition became more broadly about gender identity — but I realised that as a platform it was bigger than that.

The exhibition had an overwhelming response. But what surprised me most was how moved people were by the work and how much they really engaged with the topic. For 5 days I had more important conversations with strangers than I could remember. And in those 5 days, my life had changed.

I realised then that I was not simply curating in an aesthetic way. This was not about putting pretty pictures on a wall that fit neatly into a theme. I had discovered that people were looking for art that they could connect with in a different way. People are looking for genuine human connection, and intellectual and emotional stimulation.

Here, art was acting as a conversation starter. It was reflecting a zeitgeist. It was triggering conversations that people otherwise might find difficult to have.

Fast forward to September 2019 and the murder of Uyinene Mrwetyana happened, and the horror of how it happened shook the country — in a place as familiar and seemingly safe, even incredibly banale, as a post office.

And it was amidst a context of so many other brutal murders and rapes of women, from babies through to old ladies.

This quickly escalated into a movement in South Africa to end gender-based violence. September 2019 saw multiple protests in South Africa around Cape Town Parliament and in other cities such as Stellenbosch and Johannesburg.

Like many of us, for weeks I felt like I was in shock. I could hardly work. I spent hours on Twitter threads and Instagram feeds, drowning in words and imagery around the protests that were captured online through photography and video, with a host of hashtags including #enoughisenough, #sashutdown, #stopgenderbasedviolence and #aminext.

This is a global pandemic, alongside the #metoo movement (2.2 million Instagram posts highlight the global fight against gender violence and the importance of a space where everyone has a voice, especially those previously marginalised or afraid to speak up.)

All around the world people are marching in solidarity with this movement and the proliferation of hashtags like #genderequality (1M posts), #nonmeansno (189K), #stopviolenceagainstwomen (91.2k), #aminext (29.2k), #1billionrising (18.6k), #riseresistunite (5000+) and #riseinsolidarity (5000+) paints a picture.

And then art began emerging, in response to this movement against gender-based violence, and I realised that as artists, creative expression is how we deal with things. As a collective we were mourning, and creating and sharing was a response that was aiding healing.

Thus sparked the idea for an exhibition representing this movement as well as bringing the incredibly moving imagery captured on social media of the protests into a capsule space. And so I approached photographers who had captured the protest imagery, and I sourced protest posters from the marches, and found artists who had created artwork in response to the movement, and finally put out a call to commission new artworks that could also contribute to telling this story.

I also knew inherently that this was not a commercial endeavour, the nature of this exhibition was different. And so I looked for an organisation doing important work in the space and came across Nonceba, a shelter for women and children survivors of sexual abuse, and committed to sharing proceeds of art sales with them.

The artists who had created work for the exhibition in particular told me afterwards how they felt that this process gave them some kind of closure after the events of September had dissipated in many ways.

Art activism for me is about all of this. It’s the idea that art can be a bringer of change. It’s a way to connect people and move people and motivate people to action. Art has the power to create empathy. It is a stimulant of dialogue. It makes people think. It has an emotional and personal component to it that can change how people think.

Art may not be able to save the world, but it can change individuals.

So often we are limited by words, and that’s where art comes in. What we see in a piece of artwork can communicate so much more deeply than what we can convey in language. And the act of creating art has the same effect on its maker. It’s a way to express something that we couldn’t otherwise.

“I raise up my voice — not so I can shout but so that those without a voice can be heard. We cannot succeed when half of us are held back.” Malala Yousafzai.

This quote by Pakistani activist for female education underlies what this exhibition, and in fact art activism more broadly, is about for me.