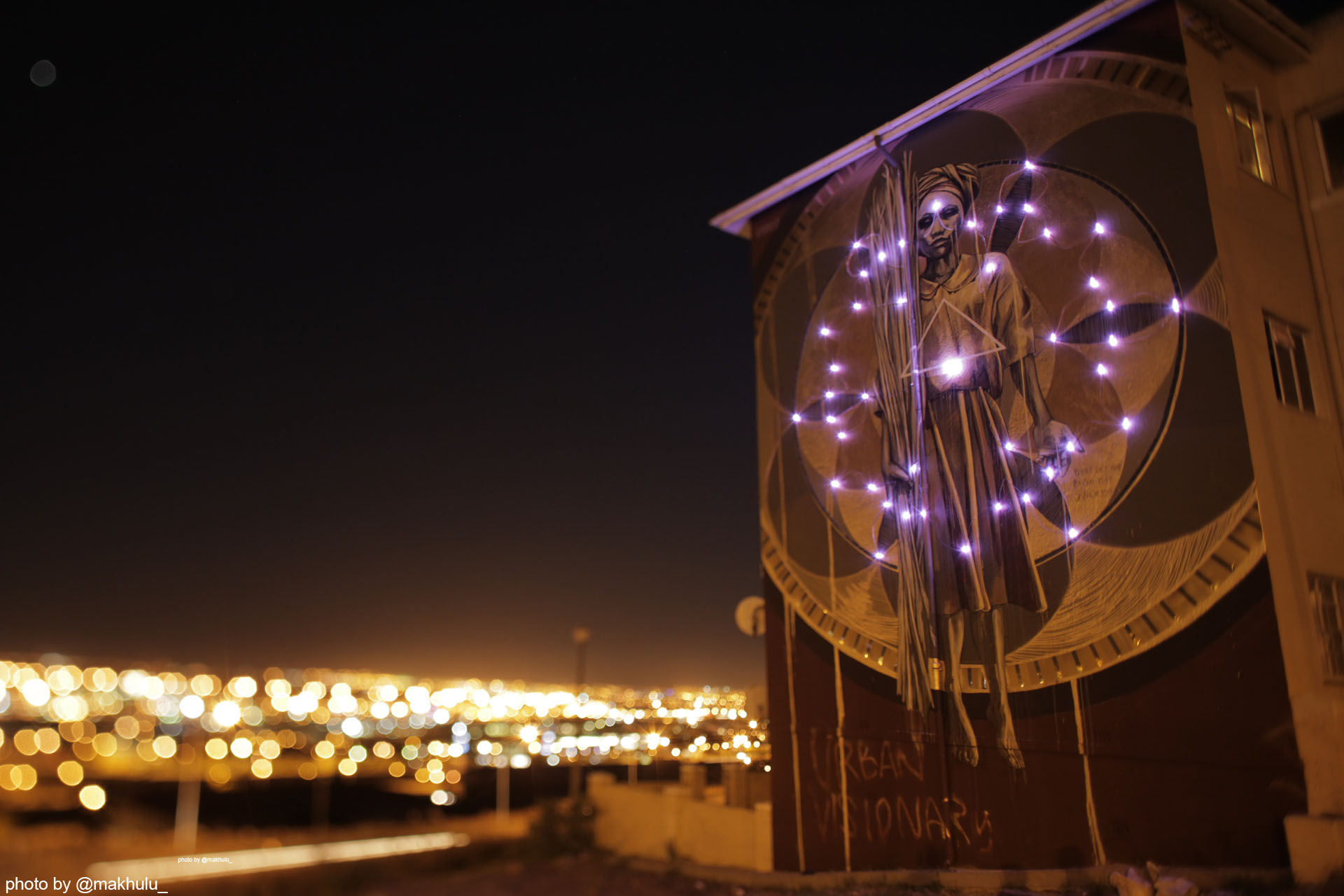 In 2014, I worked on a project called ANOTHERLIGHTUP with street artist Faith47 and designer Lyall Sprong from Thingking. It was an experimental art project that used crowdfunding and social media technology to raise money to put up streetlights in Khayelitsha.

In the early days of crowdfunding we asked how these platforms could be used for good – to uplift a community and bridge the divide between the haves and have-nots in the notoriously economically divided City of Cape Town.

The mechanism was simple, when money was donated to the fundraiser or someone Tweeted the hashtags, the LED lights embedded in the mural would turn on. When we reached our goal the lights were left on for the duration of the project.

This project was sponsored by the Design Indaba Trust and we worked with VPUU to install the lighting in Monwabisi Park in Khayelitsha, an area particularly prone to crime that was a public thoroughfare. The lighting would provide safety for commuters walking between their homes and the public transport stations.